The following is the first in a series of posts originally posted at the blog I had under my legal name before I was published, but since they're relevant to historical romance writers, I decided to repost them here, where they'll have a wider readership and hopefully be of interest to other readers and writers who like to geek out over the small details.

It is a truth universally acknowledged that the writer of a historical novel set in 18th or 19th-century Britain must be in want of a duke. Even if, like me, you declare yourself a populist, a good small-r republican who doesn't understand what's so fascinating about inherited aristocracy, they have a way of poking their graceful dukely heads up and insisting upon a role in your stories. Or if you can resist the siren song of the duke, you may find yourself writing a less exalted but still lordly creature like an earl or a viscount. And your peer of the realm will have, or acquire along the way, a family.

In every case there is a correct and incorrect way to refer to your peer and his family--his widowed mother, his wife, his daughters, the cousin who's next in line for the title until he fathers a son of his own, etc. And a great many writers get it wrong. They just stick "Lord" or "Lady" willy-nilly into their characters' names. If their hero is John Smith, Earl of Smithton, they'll call him Lord John on one page, Lord Smith the next, and maybe Lord Smithton somewhere in the next chaper. (Hint: only one of the options is correct.) 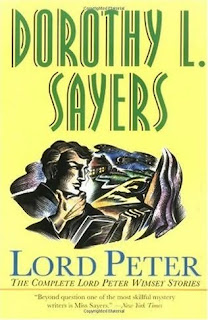 Admittedly, British titles and forms of address are a confusing and convoluted system, especially for us Americans who have no equivalent in our culture. But I believe it pays to get them right. The more little details you get correct, the richer and more believable your fictional world will be. Also, you'll earn the appreciation and praise of readers like me who've memorized the system and find the errors to be nails on a chalkboard.

There are sites, readily searchable via Google, that explain the rules. But because stories are easier to remember than rules, at least for me, I've decided to do a blog series exploring proper forms of address using one fictional example and one historical one.

Representing fiction will be Lord Peter Wimsey, protagonist of Dorothy Sayers' Golden Age detective novels. He's the younger son of a duke, and over the course of the series, we meet a good chunk of his family--his widowed mother, his brother the current duke and his wife and children, their sister who starts the series single and marries another secondary character, and, last but far from least, Lord Peter's eventual wife. Between them all, they cover most of the possible forms of address within a duke's family, but they're fairly straightforward and tidy for all that. 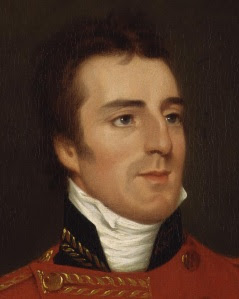 For complexity we'll look to history, to the life and family of Arthur Wellesley, the first Duke of Wellington. He didn't inherit his title (obviously, since he's the first duke). He was the third surviving son of an earl, and for his military accomplishments was made first a knight, then a viscount, an earl, a marquess, and at last a duke. Know what to call him, his wife, and their two sons at every point of his career and you'll be well on your way to mastering the entire system. And once you throw in the extended family--divorce scandals, a peer who didn't get around to marrying his wife till AFTER all five of their children were born, name changes for the sake of inheritance, and everything else that could complicate the lives and fortunes of a big and often dysfunctional turn-of-the-19th century aristocratic family--well, in my experience there's nothing like juicy 200-year-old gossip to help you remember who could and couldn't inherit a title and how you ought to speak of a duke's children as opposed to an earl's or a viscount's.

So, until I run out of material, I'll be running a biweekly series on the Wimseys and Wellesleys and using them for examples of how to get your own dukes and their families right. I welcome questions and corrections--I think I've mastered most of the rules, but I wouldn't be surprised if I'm still missing a nuance here and there.

Next time, we'll start with both our protagonists as children and learn the difference between younger sons of dukes and earls.
Posted by Susanna Fraser at 11:00 AM