Today my guest is western romance author Josie Malone, talking about a topic currently near and dear to my heart: women disguised as men in a historical context. (My current manuscript opens with the heroine disguised as a British redcoat during the Napoleonic Wars, and a damn good soldier she is indeed.)

Now, over to Josie: 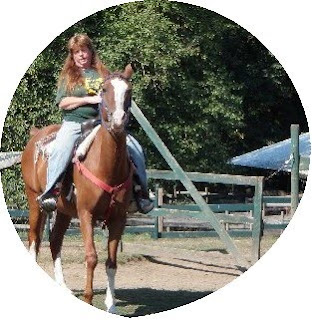 Last spring, it delighted me when BookStrand offered for my historical western romance, A Man’s World – the story of a woman who masquerades as a gunfighter in 1887 Washington (state) Territory. It took years to write, rewrite, and rewrite the story again. In comparison, researching for the novel was actually easier than the plotting and writing process.

I grew up in the 1960’s and ‘70’s in what Barbara Streisand called, a “No, You Don’t World – Over-run with rules,” in the movie, A Star is Born. It was the way life was, especially for some young girls. My father ruled with an iron fist – no velvet glove - and questioning authority was not tolerated in “his” house. I thought that was the way it had always been, men dominating and women as second-class citizens.

Libraries provided a sanctuary from home, even if I couldn’t take the books back to “his” house, and I began to learn the world was bigger than I was told. No wonder women marching in the streets in support of the Equal Rights Amendment fascinated me.

That fascination guided my choices for the next several years, i.e. joining the Army Reserve, taking classes at Skagit Valley Community College and eventually I was able to attend Washington State University where I majored in English and History. That led to courses in what was called American Studies and Women’s History where I discovered something new and forbidden in my father’s house.

Women did things and they’d been doing them for centuries.

I read about Abigail Adams who wanted the vote for women during the American Revolution and tried to convince her husband to include it in the Constitution. There were so many other women, abolitionists, suffragists, suffragettes, writers, poets, teachers, scientists, soldiers, doctors, nurses who were actively engaged in building America.

And so much of the information was recorded. It could be found in diaries, letters, newspaper articles and books written by the women who lived during those times. If they didn’t write about it, they were written about! And being at Washington State University I had access not only to fabulous libraries, but also amazing professors who taught me how to find information. Research was a new adventure since I was the first woman in my extended family to go to college, but I was also the first to graduate from high school.

In one history text at WSU, I saw a footnote about women who disguised themselves as men to fight in the American Civil War. Just the idea was enough to make me refine my research – at that time, I didn’t have the seed of an idea for what would become A Man’s World. I pursued knowledge for its own sake, hungry, starving to learn everything I could about my gender.

Then, I discovered the story of Charley Parkhurst.

Detailed in The Mayflower Murderer & Other Forgotten Firsts in American History by Peter Stevens, Charley Parkhurst successfully hid her sex for more than 40 years until her death in 1879. Known as the “Boss of the Road,” she drove a stagecoach through the Sierra Nevadas in California. In 1868, Charley registered to vote and cast ballots in elections, something she could do as a “man,” but a right no woman was allowed in 19th century America.

Once I learned about Charley, I continued more research on the topic. From there, it was a short step to the “What-If” game that authors play. What if I wrote a book about a woman who disguised her gender and set it in Washington Territory? Just the idea meant more research and I began to read everything I could find about life in Western Washington, collecting oral histories, textbooks and memoirs. I visited museums and historical societies and listened to the stories that older residents told of their lives.

I have shelves of books in my office and I can pass up anything but a bookstore, or thrift store, or second-hand store. For fun, I check out the materials available in the antique stores in the town of Snohomish – did you know it was the Snohomish county seat for years until the newly established company town of Everett offered train stations for votes?

While writing A Man’s World, the research didn’t stop. I would hit the library when my own books proved insufficient to find details I needed to know. Yes, I do quite a bit of research on my computer now, but I have to admit that I still enjoy hunting down facts the old-fashioned way. I don’t need to hide at the library anymore, but in my mind it’s the gate to Adventure-Land. I never know what I will find, but a treasure trove of trivia awaits and some barely known fact will spark my next novel.

A Man’s World is a mainstream western romance and was an e-book release from Siren/Bookstrand in September.

I write as Josie Malone, but my horse articles have appeared in Equus, Country Extra, Horse & Rider, Western Horseman, and Canadian Horsepower under my “real” name of Shannon Kennedy. Willowisp Press published two of my young adult books 20+ years ago and thrill of thrills, BookStrand just contracted for another of my mainstream western romances, a contemporary this time. The Daddy Spell will be out as an ebook in January 2011 under my pen name of Josie Malone.
Posted by Susanna Fraser at 7:00 AM