Today my guest is my fellow Carina Regency author, Wendy Soliman. Wendy is English, so I asked her to talk about her experiences writing about her own country and history for a largely American readership.

Someday I want to write a few posts myself about why I'm comfortable writing British protagonists, what other settings I might attempt with more research, and which ones I just don't feel are stories I have any right to tell...but today is not that day, so here's Wendy! 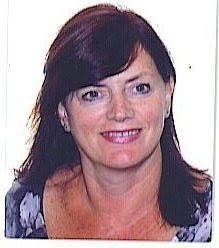 With five Regencies out there in the UK, making the transition across the pond ought to be a doddle, right?

The publisher I wrote for in the UK required the bedroom door to be firmly closed behind the hero and heroine. No sex please, we're British!

Fortunately I don't find myself similarly restricted by publishers' guidelines in America. Quite the opposite, in fact. But I'm still treading a fine line between the need to stay true to the period I'm writing about and fictional licence. Contraception was basic and unreliable in the 1800's and unmarried girls really didn't hop in and out of bed with charming rakes – dare I say it, willy-nilly. They couldn't afford to lose their virginity before finding a husband, nor could they risk the possibility of pregnancy.

Once they were married, it was an entirely different story. Hence the number of widows or dissatisfied wives who appear in books, ready to indulge in extra-marital activities. Since so many marriages were arranged and husband and wife often didn't even like each other very much, adultery on both sides was fairly common.

But lots of writers target widows and wives and I like to be different.

In my next e-book, Of Dukes and Deceptions, due to be released by Carina Press next March, my hero strikes a wager with his henchman, vowing to bed the heroine, a supposed poor relation, before his visit to Ravenswing Manor comes to an end. But the girl's a virgin. What's he thinking of? Doesn't the man have any conscience? He's a duke, for goodness sake! He ought to know better. Or is he too arrogant to care?

I'm afraid you'll have to wait until March to see how he gets round that one!

Another problem is our common language. Fortunately I don't write modern stuff. Otherwise I might well have to wrestle with the problem of someone wishing to erase something they'd written in pencil. No one in England would turn a hair if that person asked for a rubber. See what I mean! Equally, an American hero might pull on his pants. To us, that means his underwear. Why is he going out in the street wearing his shorts? He'll catch cold. And a vest is something he'd wear beneath his shirt in winter to keep warm. Oh, and just so we're clear, roads have bends, okay? Not curves. Women have those! And, as for Sarah Palin's poor daughter, being lumbered with the name 'Bristol'…well, if you don't know what connotations that has in Cockney rhyming slang, then go find someone English and ask them!

In Of Dukes and Deceptions my editor suggested that I cut the following phrase, 'Her eyes rested on the beaver on his head', leaving off the words, 'on his head' because its self-evident. That made me realise that some readers might wonder what my hero's doing with a beaver on his head.

Okay, it's a type of hat, not a furry animal. Stop it, I know what you're thinking, but no one in England would!

Of Dukes and Deceptions – Carina Press March 2011
www.wendysoliman.com
Posted by Susanna Fraser at 7:00 AM