Why a military setting and hero?

Regency romances often have ex-army heroes--say, the story is set in 1816 or '17 and the hero still has nightmares or is self-conscious about the scars he bears from Waterloo--but The Sergeant's Lady is a bit unusual in being set in a war zone with a hero on active duty.

Yet for me it was a natural choice. Though I'm not an Army brat, I do come from a family with a strong tradition of military service. My father was in the Army for two years after he graduated high school, stationed in Germany during the Cold War. While my ancestors were the wrong ages to fight in WWI or WWII, if I go a few more generations up the family tree, I find soldiers in the Civil and Revolutionary Wars. 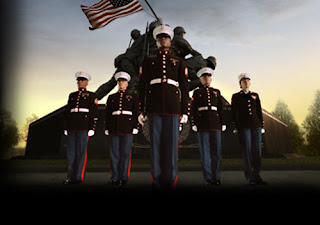 I have three much-older brothers, all of whom were teenagers when I was born, and one of my earliest memories is visiting Parris Island, when my second brother joined the Marines after high school. 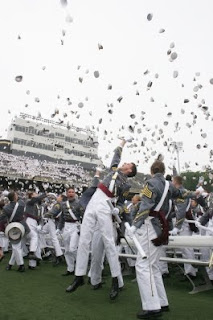 My youngest brother, the one who's "only" 13 years older than me, entered West Point the same year I started kindergarten. I grew up with pictures of my brothers in their dress uniforms prominently displayed in our house, and after my brother graduated West Point he left his cadet's sword with my parents while he roamed from posting to posting on a career that took him to Lt. Colonel before he "retired" in his 40's to pursue a civilian career. I used to love getting that sword out and posing in front of the mirror with it.

More recently, and more poignantly, my oldest nephew--the son of my former Marine brother--is in the National Guard and has served a tour of duty apiece in Iraq and Afghanistan. 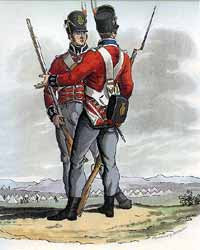 So writing about soldiers feels natural to me. And writing about the Napoleonic Wars gets me away from the thorny political questions around the wars America has fought during my lifetime (I was born in 1971, so Vietnam is part of my lifetime, though I don't remember it). I can just write about brave men being brave.

Though, when I look at West Point and Marine dress uniforms and set them alongside what soldiers wore in the Napoleonic era, sometimes I think I just imprinted on the uniforms.
Posted by Susanna Fraser at 5:27 PM

Labels: about me, army, Sergeant's Lady