I didn't read Anne of Green Gables as a child like you're supposed to. I don't think my hometown library owned the series, and unlike with the Little House and Narnia books, none of the adults in my life introduced them to me. 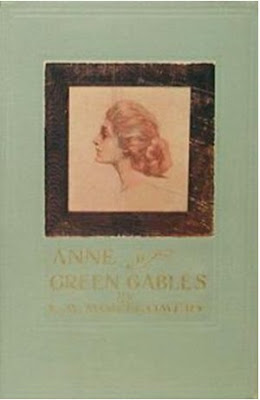 Instead, I discovered them in college when a dorm friend, stunned that I'd never read them, loaned me her copies. With their lovely prose, memorable characters, and perfectly evoked Prince Edward Island setting, they were a perfect break from studying for statistics finals or writing up case studies for my marketing classes.

Perhaps because I came to the books so late, my favorites aren't the ones about Anne's childhood. I'll happily re-read any of the series when I need to unwind, but my favorites are Anne's House of Dreams, set during the first two years of Anne's marriage, and Rilla of Ingleside, which details Anne's youngest daughter's experience living through WWI as a teen on the Canadian homefront. Rilla was written only a year or so after the war ended, which adds to its poignancy. And really, if you can get through the Dog Monday part at the end without crying, you're made of sterner stuff than I am.
Posted by Susanna Fraser at 7:00 AM