Freedom to Love, and a few thoughts on writing interracial historical romance

Today is release day for my latest historical romance, Freedom to Love. It's my first full-length book since 2012, and I'm especially excited that it's out this week, since it's set in the aftermath of the Battle of New Orleans and this Thursday is the bicentennial of the battle.

So here is everything you need to know if you'd like to buy the book...and below are some of my thoughts on writing interracial historical romance. 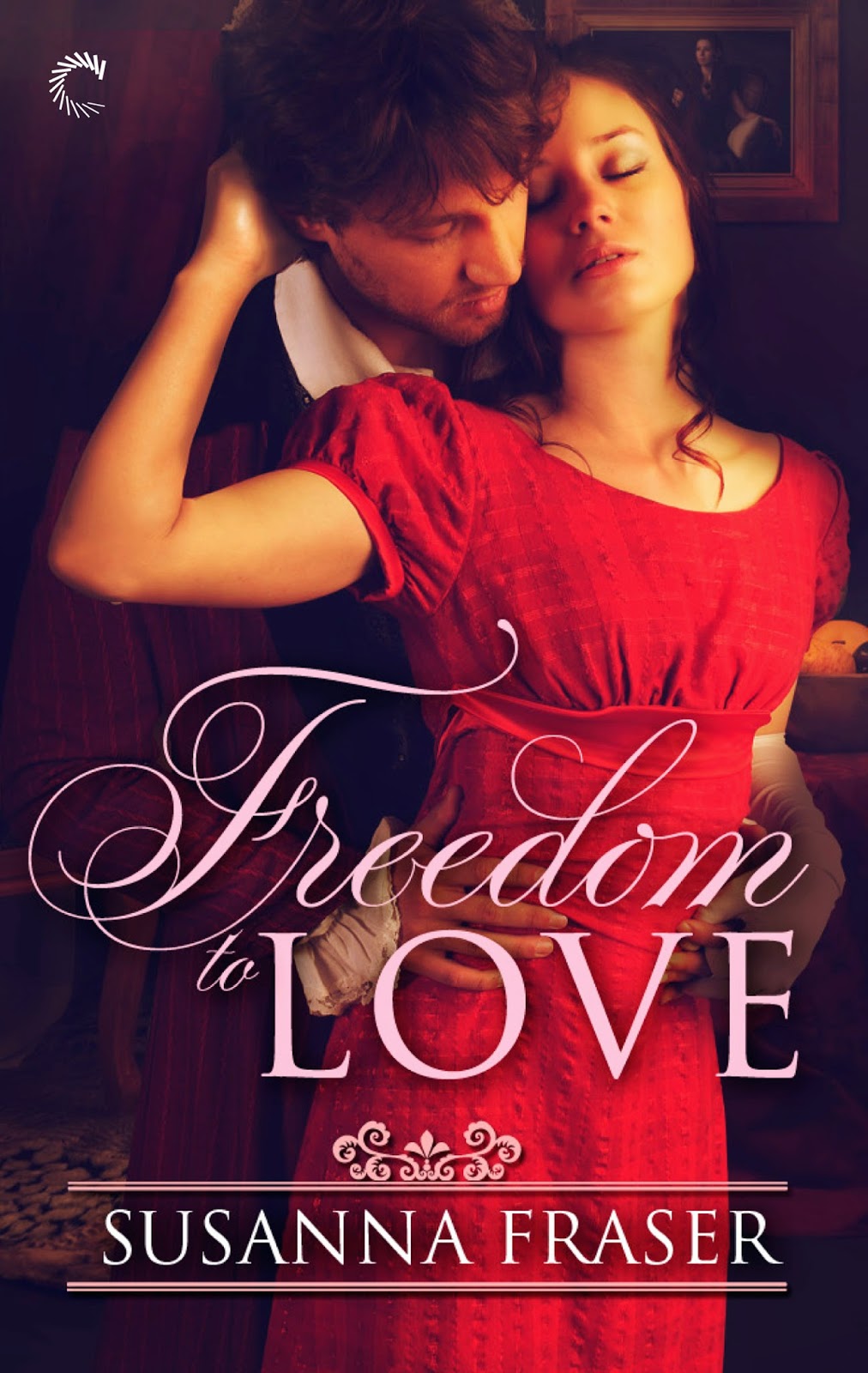 Thérèse Bondurant trusted her parents to provide for her and her young half-sister, though they never wed due to laws against mixed-race marriage. But when both die of a fever, Thérèse learns her only inheritance is debt—and her father’s promise that somewhere on his plantation lies a buried treasure. To save her own life—as well as that of her sister—she’ll need to find it before her white cousins take possession of the land.

British officer Henry Farlow, dazed from a wound received in battle outside New Orleans, stumbles onto Thérèse’s property out of necessity. But he stays because he’s become captivated by her intelligence and beauty. It’s thanks to Thérèse’s tender care that he regains his strength just in time to fend off her cousin, inadvertently killing the would-be rapist in the process.

Though he risks being labeled a deserter, it’s much more than a sense of duty that compels Henry to see the sisters to safety—far away from the scene of the crime. And Thérèse realizes she has come to rely on Henry for so much more than protection. On their journey to freedom in England, they must navigate a territory that’s just as foreign to them both—love.

Freedom to Love is available wherever ebooks are sold, including directly from Carina Press, Amazon, Barnes & Noble, iBooks, Google Play, Kobo, and All Romance eBooks.

This is my second interracial historical romance (my 2013 novella A Dream Defiant precedes it). Why did I decide to write these two books? I’m white--and, moreover, by birth I’m a white Southerner and the great-great-granddaughter of a Confederate soldier. What made me want to tell these stories, and what made me think it was any of my business to do so?

Over the past few years I’ve learned much more about the diversity and complexity of history. There has never been a time in the history of humanity--nor even in our prehistory, as archeology and DNA studies increasingly reveal--that we haven’t been wandering or migrating, all along meeting and interacting with other tribes, other nations, other cultures. Some of those interactions were love stories.

When I first had the idea for A Dream Defiant--a Regency with a black hero, the son of Virginia slaves who gained their freedom by escaping to the British army during the American Revolution--I thought I had no business writing it because of my family tree. My Confederate ancestor, a poor farmer from Alabama, didn’t own slaves, but he fought to preserve the institution. And from what information I have about my 18th century Virginia antecedents, I’m almost certain they were slaveowners. So I was afraid it would be presumptuous of me to write a black hero or heroine.

But then I thought about how much overt racism still exists in this country today, and even about how many whites still hold an idealized, romanticized view of the antebellum South--all Tara, moonlight and magnolias, etc. While I try not to write “message” fiction, these two books do have one simple message: I stand against that present-day racism and any romanticizing of the ugliest chapter in our nation’s history.

I will never know what it's like to be a racial minority in America or Europe. But I ended up deciding that's not a good enough reason to never write a minority protagonist. To not write characters of color at all whitewashes history--and to relegate them to supporting roles ultimately felt like denying them the agency, the heroism, that belonged to them as surely as to any other character I might dream up. No minority characters wouldn't reflect the reality of history. And if they’re never the hero or heroine--never given the mic, as it were, to tell their own story--that makes it all too easy to perpetuate such stereotypes as the Magical Negro or the Sassy Black Friend.

I'm sure I made mistakes and tumble into stereotypes and cliches no matter how much I tried to avoid them, and I'm sure I'll write more books where all the POV characters are white. But I'm not going to be afraid to let inspiration take me where it will. After all, mistakes aren't a reason to stop trying--they're there to be learned from so we can fail better next time.
Posted by Susanna Fraser at 6:00 AM