Today I welcome another fellow Carina author, Tia Nevitt, whose Sevenfold Spell reimagines the Sleeping Beauty story from the perspective of an ordinary woman put out of work by the ban on spinning put in place to try to protect the princess. 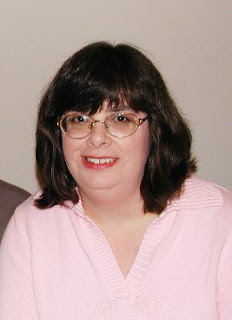 Surprises about Being Published

Thank you, Susanna, for having me as your guest. Susanna suggested that I write about some of the things that surprised me about being published. The Sevenfold Spell is my first fiction sale, and it has been very exciting!

One big surprise was how supportive my publisher has been. As a reviewer who focused on debut novelists, I had heard all kinds of stories—all told in confidence by nervous authors—about authors who after the initial sale were ignored. Authors who found out about their cover art when they saw it on Amazon. Authors who had back cover copy written about their book that inadvertently made them look racist. Authors who discovered that their publisher had dropped them only when their emails stopped being answered.

In late July, I had an opportunity to go to a fabulous party given by Harlequin at the RWA conference. As part of the program, multi-published authors were recognized. One of the things that struck me was the incredible loyalty shown between Harlequin and the authors. There were authors who had written 25, 50, 75, 100 and even 200+ novels! I was astonished—especially when I recalled all those awful stories.

Another surprise is how the conversation changes between writers. On the Carina Press author loop, we don’t discuss query letters and submissions. We commiserate over bad reviews and celebrate good ones. We share publicity leads and offer guest posts on each other’s blogs.

Another big change—for the first time in four years, I’m no longer actively looking for an agent. If one comes along, I’ll be thrilled, but now I’m trying to get myself into a better position for an eventual agent hunt, with a strong ebook backlist.

I was also surprised by how quickly Carina Press is moving beyond ebooks. They call themselves digital first and they mean it. One group of novels has been selected to be published by Audible as audiobooks, and another, smaller group of mystery and suspense novels have been selected to go into print. I look forward to future similar developments! 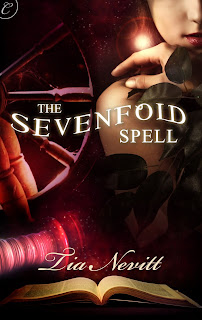 The very biggest change for me is having a reader reaction. For so long, my work went unread except by a tiny handful of beta readers and critique partners, and one IRL friend. Now, total strangers are reading my work and picking it apart in public. When it first started, I had a bit of a panic attack, but I’m ok now. Even if I get a bad review, I can console myself by saying, “look at all those good ones, instead.” I do try to learn from the bad ones, if there is a lesson I can glean from the review.

Have you ever worked for something, and then found out that it wasn’t quite what you expected? Do share!

I will be drawing a name from all commenters here and on my guest post earlier in the week for a special prize pack. It will contain an ecopy of The Sevenfold Spell, a book from my stash of unread review copies and advance copies (check the links for lists at Goodreads) and a $10 gift certificate at Amazon.com. Please leave your email address so I can find you if you win! I will draw a winner on Saturday.
Posted by Susanna Fraser at 7:00 AM