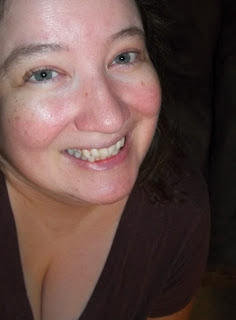 Where cyberpunk meets costume drama
That I love science fiction is something I've written about in many interviews and blogs. But I rarely get to talk about the fact that cameos, brass bezels, watch parts and wire surround my laptop. I design Neo-Victorian jewelry and my work has been featured in Steampunk Style Jewelry, 1000 Steampunk Creations, and Make Jewellery magazine. My favorite books are Vanity Fair, Les Miserables and Jane Eyre. Some of my favorite authors are Poe, Dickens and Sir Arthur Conan Doyle. I am currently reading my way through the complete works of Elizabeth Gaskell, and I love the miniseries North & South, based on her 1855 novel.

I haven't met a costume drama or period piece I didn't like. Whether it's Fingersmith, Downton Abbey, The Way We Live Now, the Sharpe series, Nicolas Nickleby, Little Dorrit, Poirot, The Devil's Whore (renamed a tamer The Devil's Mistress in North America), Emma, the Forsyte Saga or many, many more. I'm in the U.S., but I watch more BBC than American telly, thanks to Netflix. Btw my favorite adaptation of Jane Eyre is the 1996 directed by Franco Zeffirelli – who also directed my favorite versions of Taming of the Shrew and Romeo and Juliet.

Not only have I read Oscar Wilde's The Picture of Dorian Gray, I've watched two movie versions (1945 and 2009), as well as a movie of Wilde's Canterbury Ghost, and his own life story in Wilde starring Stephan Frye and Jude Law. My favorite portrayal of Wilde, however, is by Peter Egan in Lillie, about the life of Lillie Langtry.

I'd rather read a Scottish historical or Regency romance than Neal Stephenson or William Gibson. So why am I writing a cyberpunk science fiction series? Cyberpunk is described as “high tech and low life.” The genre is about advanced science, things like digital technology and genetic modification – the “cyber” – coupled with a degree of breakdown or radical change in the social order – the “punk.” The Stellarnet Series takes place in 2062 and features an interstellar news blogger, a freedom fighter and a video game loving outcast. The first book, Stellarnet Rebel, is a finalist in the EPIC Awards for sci-fi ebook of 2012. The sequel, Stellarnet Prince, just came out earlier this month. Daniela Denby-Ashe as Margaret Hale in North & South was one of my inspirations for my Stellarnet Series heroine, Genevieve O'Riordan. 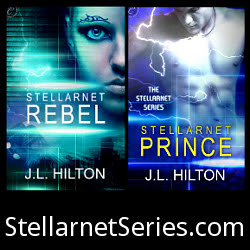 My favorite Victorian authors did not just write about pretty gowns and balls, they wrote about social change, women's rights, the desire for freedom and independence, the power of kindness over cruelty, compassion and reason over superstition and fear. They delved into the human heart, not only its loves but its frustrations, faults, hopes and dreams. They created characters who are still icons one hundred years later – characters like Dorian Gray, Ebeneezer Scrooge, Sherlock Holmes, Edward Rochester. In its way, the Industrial Era was also about “high tech and low life.” Think of factories and mines, orphanages, smoke, sickness, poverty, and Oliver Twist. I wanted to take those themes and move them into our immediate future. Even in a world with digital technology, Internet and social media, some things don't change.

You may read more about my new book Stellarnet Prince, including interviews and excerpts, here: http://jlhilton.com/2012/11/stellarnet-prince-schedule/

I've had a long month of interviews, guest posts and other shenanigans, but there's still time to enter the Rafflecopter giveaways for a r'naw eye pendant and digital copies of both books in the Stellarnet Series on my giveaways page: http://jlhilton.com/giveaways/

What about you, do you enjoy science fiction or historical romance? What are your favorite genres?

J.L. Hilton is the author of the Stellarnet Series published by Carina Press, including Stellarnet Rebel (January 2012) and Stellarnet Prince (November 2012), and a regular contributor to the Contact-Infinite Futures SF/SFR blog. Her artwork is featured in the books Steampunk Style Jewelry and 1000 Steampunk Creations. Visit her at JLHilton.com or follow her on Google+, Facebook, Twitter, Goodreads and deviantART.