A mind full of new things

I survived my first week at my new job. It's going pretty well so far, but the nature of the work is such that I'll have little weekday daytime internet access. So I won't be spending as much time in the Twitterverse and blogosphere as I've been used to doing.

I'm also in deep research mode for my 2012 novel. For reasons that would take too long to go into here, my editor asked me to change my hero's background from service in India and then in the Peninsular War to the War of 1812. Which is fine, except for the tiny obstacle that until the last ten days or so ago I knew next to nothing about the conflict in question. Seriously, if you'd asked me what I knew about it, I would've said something along the lines of, "I think it was mostly about impressment of American citizens into the British navy. Oh, and Francis Scott Key wrote 'The Star-Spangled Banner' while watching the bombardment of Fort McHenry, the British burned the White House, and Andrew Jackson won the Battle of New Orleans, which was fought after the peace treaty was signed, only of course no one could've known because there hadn't been enough time for the news to cross the Atlantic." In other words, not nearly enough to give my hero a proper backstory.

Why, you may ask, do I know so much about the Napoleonic Wars and next to nothing about a war my own country actually fought in? Well, my dirty little secret is I started researching the military side of the era because I had a crush on this guy: 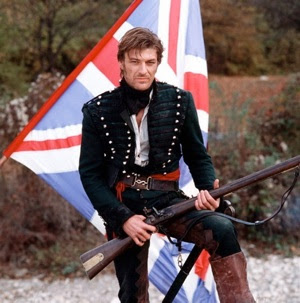 And the more I researched, the more I became an admirer of this genteman: 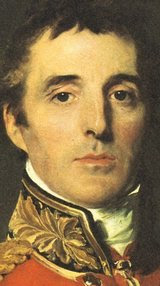 ...neither of whom were at all involved in the War of 1812. Though the government did ask Wellington if he'd go in late 1814. He said, basically, that he had no objections to going, but he'd like to wait till spring in hopes of finishing business at the Congress of Vienna, and, besides, unless the British could reestablish naval superiority in the Great Lakes, another general and more soldiers wouldn't help all that much. There's probably a counterfactual or two to be had there--what if Wellington had been in command of the British forces at New Orleans? No WAY would he have attacked such a well-chosen and well-defended position. Half of Wellington's considerable battlefield genius was choosing his ground well, whether on offense or defense, and only giving battle when his forces were in a position to prevail. If Andrew Jackson never got the prestige he garnered at New Orleans, it's doubtful he would've been elected president, and American history would be much different. And if Wellington hadn't been at Waterloo, I still don't think Napoleon would've gotten to keep his throne--Europe was too united against him--but he probably would've lasted longer, and the different manner of his defeat would've reshaped European history.

So, yeah. You can probably already tell that, ten days of researching in, I've become fascinated by the War of 1812 in spite of myself. It really ought to be taught more thoroughly in schools--that bit I'd learned about American sailors getting impressed into the Royal Navy is a GROSS oversimplification of the causes of the war. It's really appalling how the then-ruling Democratic-Republican Party maneuvered the US into the war despite being ill-prepared for it, suppressed dissent, and somehow came out even MORE powerful and claiming victory despite the fact we were lucky to escape with a draw. I'm still no admirer of Andrew Jackson. 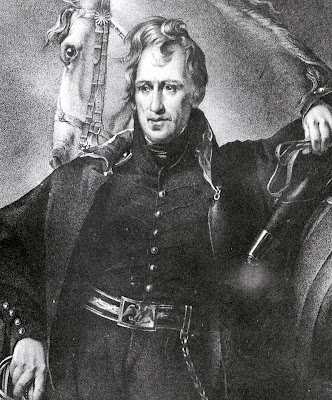 Mr. Fraser and therefore Miss Fraser are members of the Cherokee Nation, so Jackson was no friend of my family's ancestors. Of course, I'm definitely a Scots-Irish Southerner and almost certainly part Creek myself...so history is complicated. But when I think Jackson, I think Indian Removal and the Trail of Tears first.

I was quickly reminded that Tecumseh was also involved in the War of 1812, though, and I think my hero is going to meet him. Because Tecumseh was AWESOME.

I'm such a research geek. But it's so FUN.
Posted by Susanna Fraser at 7:37 PM