My latest "appointment television" show is HBO's A Game of Thrones. I watched the first episode simply because as a fantasy fan I was glad to see a network take the genre seriously and attempt to make quality TV from it. By the second episode I was so hooked I had to read the books too, and I'm still trying to figure out how, as a fan of Jacqueline Carey, Guy Gavriel Kay, and Lois McMaster Bujold, I hadn't noticed them before. 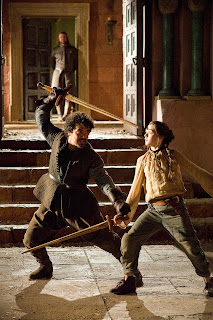 I'm about halfway through Book Three, A Storm of Swords, now. This is fantasy at its best, for sure, epic and high-stakes but above all human. There's some magic, walking dead, dragons, and strange gods, but it's the honor and ambition, loyalty and betrayal, hope and horror, that keep me coming back for more. That said, I have a love/hate relationship with the fact that unlike a lot of fantasy novels, you can't count on the good staying good, the evil staying straightforwardly bad, and the most appealing characters staying alive. It's realistic, and it adds an unusual amount of suspense to the reading experience, but I wish I could trust that, say, Arya and Danaerys will both stay A) alive and B) appealing enough that I'll continue to WANT them alive. I don't always want to be quite this harrowed by my leisure reading. But on the other other hand, when a character does something awesome and heroic, it's all the more thrilling when you're half expecting them to chicken out or choose the dark side, as it were. 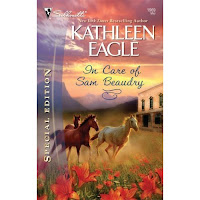 My goal is to catch up on the series in time for A Dance With Dragons' release in July, but I'm finding I need a palate cleanser or two between books. Last week I read Kathleen Eagle's In Care of Sam Beaudry. I'm not generally a fan of small-town contemporary romances, since they often seem to carry the implicit or even explicit assumption that small towns are BETTER than cities. As someone who grew up in a small town but went to college in Philadelphia and am raising a family in Seattle, I just can't relate. But Eagle's books aren't like that. Her small town, rural, and Indian reservation settings come across as not better than my world, but fascinatingly different. And I go to books for different. 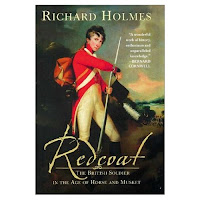 In my research reading, I just finished Richard Holmes' Redcoat: The British Soldier in the Age of Horse and Musket. It's an overview of all aspects of life in the British army roughly 1750-1850. For me it was mostly a review of what I learned researching The Sergeant's Lady, but a most useful review on points where I'd grown rusty, since both my current manuscripts have an army setting. It's readable and well-researched, and I'd recommend it to any author looking to write a military setting or hero of its era.
Posted by Susanna Fraser at 2:02 PM