My hands are healed enough that I'm starting to do serious work on my manuscripts again. I realized the novella I'd been working on was actually a full-length novel, and I wasn't sufficiently into it to take at least 80,000 words of time away from my historical fantasy WIP. My problem is that I start novellas thinking, "What's the most story I can pack into a word count under 50,000?" That naturally leads to stories that really should be novel length.

So I thought, "What if I take a short story idea, and if it really is a short story, I market it accordingly? But if, as so often happens to me, I end up with more story than I expect at the beginning, I actually will have a nice, reasonable novella." I brainstormed a bit and came up with a story with a straightforward conflict, no subplots, and a timeframe of a week or two to a month at most.

I wanted to go back to my Sergeant's Lady roots a bit, so I'm returning to a Peninsular War setting, this time with the hero and heroine both ordinary, non-aristocratic people. And since I've been watching Downton Abbey, I quickly pictured Jane Nolan, my new heroine, as looking like Joanne Froggatt, the actress who plays the housemaid Anna. 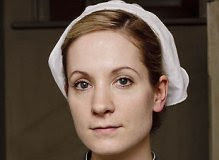 Jane is going to be a bit of a worrywart and serious to a fault, so those dark, solemn eyes seemed just right for her.

I had more of a challenge coming up with a visual for Cassandra Macdonald, the heroine of my historical fantasy. She had an unconventional upbringing, to put it mildly, and she's tall and athletic, too much so for the standards of beauty in 1810 as I understand them. When my Starbucks critique partners asked me for an actress who looked like her--they're fond of the casting game, for some reason--I drew a blank.

But today I thought, "Duh, she doesn't look like an actress. She looks like an athlete." So I poked around online a bit and decided she's built like Sue Bird: 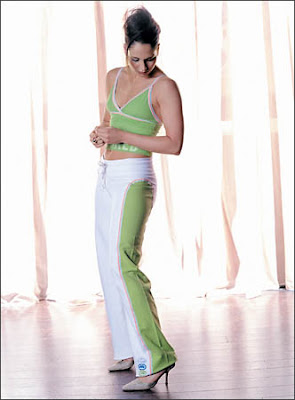 Who has a gorgeous body, but I'm not sure how those broad muscular shoulders would look in the dresses of 200 years ago.

And in the face, she's more like Mia Hamm: 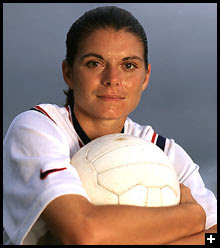 So I'm kinda doing that thing where a historical character feels plain when clearly she'd be a beauty by contemporary standards. On the other hand, it's not like her major conflict is going to be learning to accept her appearance and feel beautiful in the eyes of her Twu Wuv or anything...so maybe I can get by with it.
Posted by Susanna Fraser at 9:08 PM