Three Susannas in one body

Earlier this week, I introduced myself on the Carina authors' email loop, which is a private Yahoo Group. I used both my legal name and my pen name. Until I sold The Sergeant's Lady I'd been participating on various online writing forums under my real name, and I wanted anyone who already knew me to connect the names.

Normally I post to Yahoo Groups directly from my email account, and as far as I can tell those messages come up under the name associated with that account. Currently that's my legal name, though I suppose I should resubscribe to all my writing groups from my Susanna Fraser email just for consistency's sake. But in this case I posted directly from the Yahoo Groups home page--and had the post come up attributed to my maiden name. You see, my relationship with Yahoo Groups predates that with my husband, and there's probably some setting I've never changed. Theirs isn't the most user-friendly interface in the world.

Anyway, I got to thinking how nice it would be if I actually WERE three different people. I'd actually have time to get things done!

I think Susanna Maiden-Name would be in charge of my day job, since her name is on my diploma. She works diligently, but when she gets home at night, she puts all that behind her and relaxes. She's fond of geek TV in all its forms, and she reads, purely for fun, at least an hour per night--mostly historical romance, mystery, and epic fantasy, but also a lot of nonfiction on history, politics, and popular science. Because she has so dang much free time, what with not having a second job or a husband and kid, she's active in several online communities of the sort that build up around geek interests, and she regularly goes for walks with friends to stay in shape. 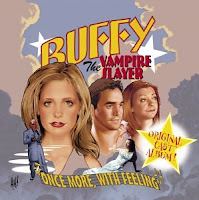 Susanna Maiden-Name seems to have an easy life, but she's advanced as far as she can along her present career path without further training. She's eying graduate school and asking herself if she's ready to give up some of that nice tasty relaxing for the sake of more prestige and pay.

Susanna Married-Name, however, is a domestic creature, devoted to her husband and daughter. Her house, though not quite immaculate, is neat and clean enough to entertain drop-in visitors and host play dates for Miss Fraser. She's a brilliant cook who throws monthly dinner parties and a dedicated baker who wows her friends with such traditional family recipes as pecan pralines, divinity, and burnt sugar cake. She never misses a PTA meeting, and she volunteers in her daughter's classroom. 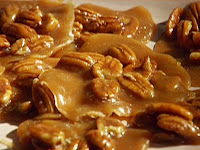 For fun Susanna Married-Name goes to baseball games, watches 30 Rock and assorted food shows with Mr. Fraser, and goes out for nice dinners whenever they can find babysitting for Miss Fraser. Note that none of her domesticity makes her crafty. Miss Fraser does not wear handmade dresses, and Susanna does not knit, embroider, nor even scrapbook. All three Susannas are genetically identical, after all--good with words and musically gifted, but all thumbs and inept at the visual arts.

And Susanna Fraser? She's a full-time writer and she loves it. She spends 20-30 hours/week working on her manuscript, writing in the afternoon and early evening when her energy level and creativity are at their peak. (Our three Susannas all are equally baffled by the existence of morning people.) She spends her less creative morning hours on the business side of her writing career and devotes many of her evening hours to research, which she loves almost as much as writing itself. 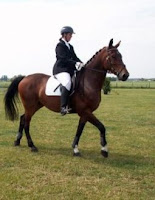 For fun she watches Jane Austen adaptations and historical epics. Her favorite movies are the Pride and Prejudice with Colin Firth, Master & Commander, and Glory, and she has a sneaking fondness for Gladiator despite its major liberties with the historical record. She takes fencing lessons and goes to Jane Austen Society events to practice her country dances. She's found a stable where she can learn to ride, and she's taken up historical reenacting so she can play with muskets and rifles. In other words, she's a method writer.

How much of all that do I, the one person who has to combine all three of those roles, actually manage to do? About a third, maybe a little more. Definitely less than half. I don't get in anything like as much recreational reading as I'd like, and I've barely watched TV in the six years since Miss Fraser was born. My house? A total mess, definitely not fit for company and play dates. I write 10 hours/week, maybe 15 if I manage my time well. I've taken fencing lessons, but I had to drop because it just wasn't a good fit with my schedule. The rest of that method writer stuff is still pure fantasy.

On one level it's a bit sad to look at all the things I wish I could do, but simply don't have the time for. But spelling it out this way helps me clarify my priorities. E.g. I really hate that I don't invite people over for dinner more often or have Miss Fraser's friends over for play dates, so when we move to the new house next month I'm going to make it a priority to keep it a little cleaner, maybe spend a bit less time online to free up that extra half hour to hour a day. And while grad school in the abstract sounds like a wonderful idea, writing is my real career. Who needs to maximize day job prestige and earning potential when you can write books?
Posted by Susanna Fraser at 7:19 PM